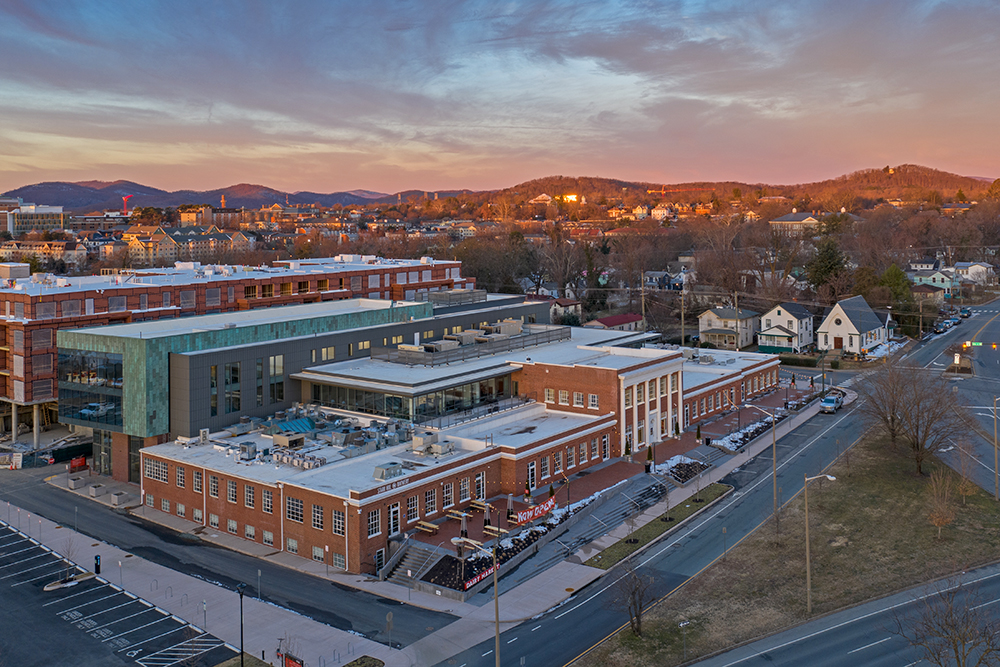 Charlottesville is experiencing a new sense of community through something that’s concrete, or in one case, made with brick. Within this Virginian city, developers have been giving buildings that once held longtime industries a second purpose as places for building community.

With its grand opening in June 2021, the Dairy Market in downtown Charlottesville was the former location for the Monticello Dairy. A hotspot in its heyday, from the 1930s until the 1960s, the building was the place for the production and distribution of dairy milk, butter and ice cream.

“The Monticello Dairy is an iconic building in town,” said John Pritzlaff, senior vice president at Cushman & Wakefield | Thalhimer, which handled the property’s original leasing and now overlooks its overall management. “It has a great facade, and it lends itself very well for [a] food hall use because it has decent high ceilings; it has good bones.”

Jenny Stoner, first vice president at Cushman & Wakefield | Thalhimer, said that the firm was quite fond of the dairy because it was central to Charlottesville. “And we wanted to make it a gathering place to help support some of the other future developments in and around that area.”

Certain building sections were retained because of their good condition. For example, the main entrance was kept intact, but one of the two original stories was removed to create a grand hall within the market’s middle section. “We basically built a new building inside the old building about twenty-five feet back from the entrance,” said Pritzlaff.

As Charlottesville’s first food hall, the Dairy Market holds 18 vendors. They include Charlottesville’s Starr Hill Brewery; Moo Thru, a creamery and ice cream store based in Remington, VA; and The Milkman’s Bar, a cocktail bar by the Ten Course Hospitality Group that reflects an Americana drugstore soda fountain persona.