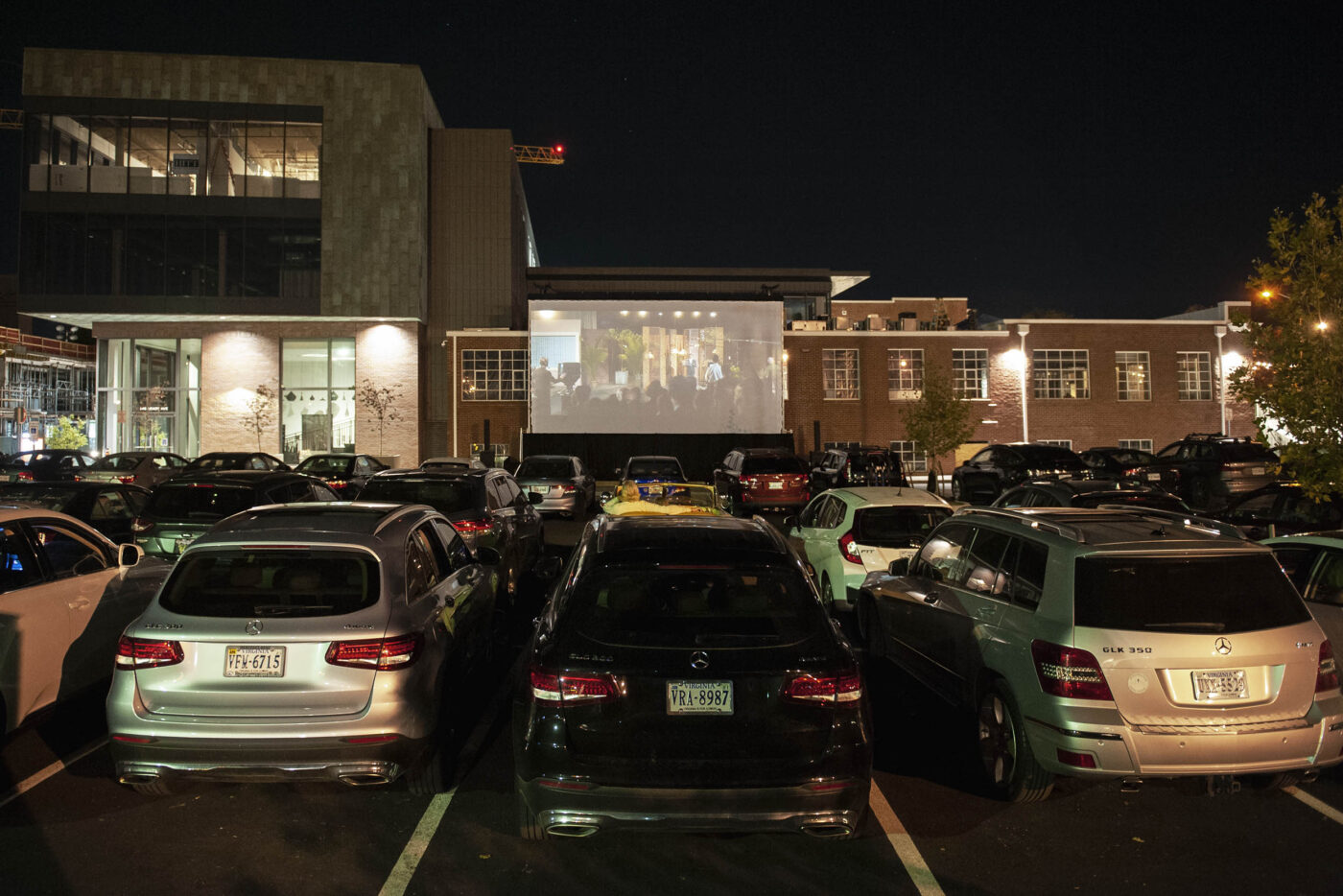 By: Caroline Newman; Photos by Sanjay Suchak and Ziniu Chen

As the sun set Wednesday night, a line of cars snaked through the winding roads of Albemarle County, past the homes of Thomas Jefferson and James Monroe to Morven Farm where, in a rolling field by the polo barns, an inflatable screen awaited.

Several miles away, in the heart of Charlottesville, still more cars pulled into the parking lot the new Dairy Market food hall on Grady Avenue, where a towering silver screen had been set up in front of a wide brick wall.

Both auto audiences were there for the Virginia Film Festival’s first-ever drive-in movie screenings, part of the festival’s extraordinary efforts to re-write the script in a year where large in-person gatherings remain unsafe.

Instead, the festival – a program of the University of Virginia that normally draws thousands of filmmakers and film lovers to Charlottesville each fall – put together an impressive virtual program of 70-plus films, accompanied by nightly drive-in movies, running from Wednesday through Sunday. (Scheduling and ticketing information is available here.)

Wednesday night’s film was “One Night in Miami,” the directorial debut of Academy Award-winning actor Regina King. University photographers Sanjay Suchak and Ziniu Chen were on hand at Morven and the Dairy Market as viewers took it in. Click here to see all their images.

Gift Cards
A Perfect Gift for Anyone Who Likes to Eat, Drink & Shop Local
The Brick Cellar
Host Your Next Event With Us!
Join our mailing list: